TrackVia Offline: Freedom from the Internet

With the advent of mobile devices, the phrase “mobile first” was coined by the usability guru Luke Wroblewski to signify how app designers and developers had to consider designing apps for the mobile form factor first. As apps have matured, it became apparent that great apps respected the user and allowed productivity even in absence of an Internet connection. In an increasingly cloud-first, mobile-first world, a new phenomenon took shape—offline first.

When we started developing the mobile solutions that empower TrackVia users to take their work and reports anywhere, we knew that allowing users to be productive even in the absence of a persistent Internet connection was our ultimate goal.

This week, as we celebrate America’s Independence Day, we are proud to unveil TrackVia offline mode (available on all Enterprise + packages), which will empower our users to work without dependence on a persistent Internet connection.

With this round of improvements, users are now able to take their work offline with confidence that they will be able to initiate and finish a workflow without relying on the Internet.

TrackVia offline—freedom from the Internet

Create new data via offline forms
Forms marked as offline will now function seamlessly without needing a connection. You will able to initiate and create new records on the go anywhere.

Business rules
Forms honor all the same business rules and validation criteria that is set while online. Required items and format validations all work, making sure the integrity of your data is safe when offline.

Link other records when offline
When creating new records, you will also be able to lookup related records to link to the newly created record. Whether it’s a lookup reference record or user record, you can assign those values while offline.

Edit drafts as much as you like
You can initiate a new record and save it locally. As long as the record is offline, you can edit it as much as you want before it syncs. Of course, as usual, you can also edit it once it’s synced up with the cloud.

Initiate the entire workflow chain
You can not only create top-level records, but add associated records to the newly created records—all in offline mode. For example, if you create a new quality management job, you can immediately create and link a new inspection record to it, all while offline.

List everything in your SYNC queue
You can easily navigate to the Sync Details in your TrackVia app to list all the records that are waiting to be uploaded. You can choose to remove any of the pending uploads from that list.

When something goes wrong
Sometimes the form uploads may encounter some business rule errors such as data uniqueness being violated. The TrackVia mobile app clearly notifies you that something has gone wrong and provides hints on how to fix the data. You can also choose to export the records to deal with them later.

Whenever we have run into situations where an Internet connection is not readily available, but important work needs to get done, we have often resorted to jotting things down on paper or into other notes applications. This situation increases the burden on consolidating everything once you are in connected mode and increases the chances of mistakes.

With the ability to take TrackVia forms offline, you no longer to have to resort to such workarounds. With confidence, you can create records, edit their drafts and upload when you are connected.

It just works. We think you will love it.

The new TrackVia offline feature for iOS and Android is available on all Enterprise + packages.

As always, our team wants to hear your feedback about TrackVia offline mode, or any of our other mobile features. Leave a comment below or tweet us @trackvia. 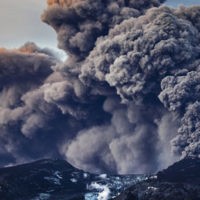 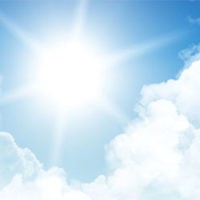