Resolutions for SMB success in 2014

Conspiracy theories don’t hold a lot of water in my book. But have you ever considered that the New Year is tucked in behind the holidays for a reason? Think about it, sometime around December 27th we wake up tired, broke and owing someone an apology—we need something to look forward to. The New Year is a lifeline that gets us on the road to recovery after the eggnog (and your credit card) are tapped. For SMBs, December 31st is a light at the end of the tunnel. As the weather gets colder, teams race to complete projects for year’s end. This all-out sprint to the finish gives us little time to think, save the occasional, “there has got to be a better way to do this”, and “expletive!” Well, there expletive-ing is a better way to do things and it’s time for SMBs to set some resolutions for success in 2014.

Resolution One: Crawl before you walk

Don’t know where to set your sights in 2014? That’s okay. J2 Global, Inc., a business cloud and digital media company, just released the results of their 2013 year-end SMB survey summarizing the 2014 “wish lists” of 32,000 SMBs. And guess what? Most of them intend to ease into the cloud next year.

The report reveals that many businesses aren’t rushing to migrate their entire structure to the cloud. Rather some 88% said they intend to start by sending at least one legacy system packing in 2014. Other relics will find themselves easing their way out the door too. 27% of respondents said they’ll be using the cloud to replace office fax machines, while 23% hope to ditch landlines for mobile phone and virtual systems.

Resolution Two: Walk before you run

Getting on the cloud increases company capacity and agility, its true—but you must have a plan for your new resolutions. Choosing the right solution requires businesses to know the holy trinity of cloud computing 1) know thy business 2) know thy needs 3) know thy options. The right service provider can help SMBs map it all out turning what they know into a meaningful strategy complete with transition plan. Taking your time is a great way to test the waters, make course corrections and customize systems throughout the integration process. It also allows employees and managers to build their knowledge and know how on a reasonable learning curve.

Resolution Three: Know when to run

According to the 2013 year-end SMB survey, 60% of respondents will be relying on cloud-based services to save them money in 2014. For SMBs who have moved beyond replacing communications systems, it’s time to put your data to work. Big Data, for example, can be wielded using applications for information gathering allowing companies to make informed decisions using real-time data. Ensure applications are tried and true and that skilled experts carry out analysis and interpretation, and it’s advantage you guys!

Until January 1st, hold on to your hats, make a plan for your new resolutions and hold fast to the promise of 2014. A little extra eggnog helps too. 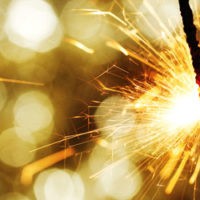 4 Career Resolutions to Make in the New Year 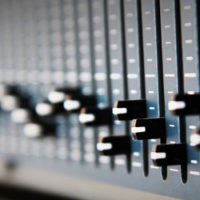 Is Cloud Computing the Great Equalizer for SMBs?