Do Mac Users Have More Money to Spend?

Orbitz Worldwide, Inc. recently found that people who use Apple Mac computers spend up to 30% more a night on hotels.

Further, they found that Mac users are also 40% more likely to book a four- or five-star hotel.

When this strategy came to light, the response was huge. After a revealing Wall Street Journal article many Mac users were outraged as Twitter and news channels exploded. At the end of the day, though, Orbitz is legally in the right: they’re not showing the same room to different people at different prices, they are simply recommending higher priced hotels to those using Macs.

Based on their research, this is a really smart idea – not just for Orbitz, but for the consumer as well. The website does remind all visitors that they can still easily sort hotels by price, so you don’t have to follow these recommendations. What Orbitz is really doing is tracking the buying trends of PC and Mac users, Big Brother style, and tailoring their site for the spending tendencies they’ve seen from buyers with Mac computers. While it may seem scary – and maybe even a little insulting-  if the research is correct, and a decent amount of Mac users really do prefer nicer hotels, then is it really something that we should berate Orbitz for?

In February, a New York Times article detailed how Target discovered a teenager was pregnant just by tracking her shopping habits.

Her father was unaware of her pregnancy, and angrily called Target to complain about maternity coupons she was receiving in the mail. Target had noticed that women on the baby registry were buying larger quantities of certain items (unscented lotion, supplements like calcium, magnesium and zinc, lots of scent-free soap, and big bags of cotton balls, in addition to hand sanitizers and washcloths) and had begun to flag them as a maternity marketing opportunity. Today, when Target a customer with a shopping profile similar to this, they begin sending them coupons for maternity and baby items.

Should We Be Angry?

These companies argue that they’re merely using consumer data to streamline the shopping experience and isolate marketing opportunities. How and where you shop is still your opportunity, and smart data is becoming inherent in the processes of companies large and small. 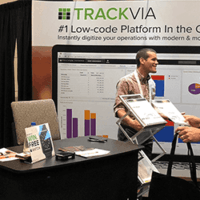 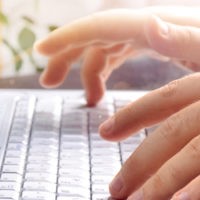 Evaluation key for creating custom applications in the cloud