Requiem for the Desktop: How Online Cloud Databases Are Changing the Game

The tower desktop is done. Dead. Kaput. It’s had a long run, and it may still struggle on for a while as outdated tech users stoically cling to their hardware and the sanctity of the familiar. It’s had a good run, and outlived challenges from so many arch rivals over the years including Apple, netbooks and laptops. It’s not an overarching nemesis that’s responsible for the demise of the beloved desktop, but a collection of advances in technology that have put the final nails in the PC coffin.

Strictly speaking, the all-in-one is still a desktop computer, but it’s out with the tower and in with these new nifty all-inclusive systems. Intel and AMD have made advances in leaps and bounds when it comes to reducing the physical size of processors while boosting their performance. This has made the tower redundant as PCs get sleeker and smaller. This year we can look forward to Intel’s Ivy Bridge and AMD’s Piledriver to reduce processing size even more.

The all-in-one computer has the added advantage of having all the components on the desktop itself, allowing you to get rid of the bird’s nest of cables under your desk. Further, as touch screens become more popular, with new operating systems like Windows 8 and apps catering to this hands-on technology, it will become increasingly difficult to justify using a mouse at all.

The advent of the cloud database has also delivered a blow to the desktop PC. When you can access your online databases and online database software from anywhere and from any mobile device, there seems to be little reason to stay in your office.

Enter the phenomenon of bring your own device (BYOD). When IBM realized that almost all of their employees owned hand-held mobile devices like smartphones, tablets, laptops and other forms of tech geekery, they decided to take advantage of the trend.

In 2011, 1 000 IBM employees were given a stipend to spend on the mobile device of their choice. They were then allowed to use their smartphones and tablets to access IBM’s online cloud database and their online database software. The venture enjoyed enormous success as employees, now able to access the online databases from anywhere, spent less time in the office. The ability to use a device of their choosing and to receive a stipend to fund all their tech-based whims made the trial wildly successful. IBM will give another 1 000 employees access to its online cloud database in 2012, a move they claim will save up to 20% on IT-related support.

PCs have always had a price advantage over the laptop computer. In 2007, the average laptop family spent $1,100 on a new computer compared to the far more modest $700 spent by the PC household. This usually led to a 60/40 split in favour of PCs as families struggled to justify the added expense.

Nonetheless, by 2011, the cost difference between a PC and laptop had dropped to a mere $50. “It’s easy to justify $50,” explains Tim Brunt, IDC senior analyst for personal computing and technology. And that’s exactly what buyers have done with the current split of 78/22 going in favour of the laptops.

People stay on the internet 54% longer when using their tablets and an Adobe study claims that the tablet’s share of web traffic is increasing by a whopping 300% every year. The ability to access our online databases, online database software and online applications gives us a mobility that cannot be supported by the desk-bound PC. The convenience of the touch screen will make it increasingly difficult to make peace with the carpal-tunnel your mouse has inflicted for years. Add to that our insatiable desire for a constant stream of new gadgets and the falling prices of tablets (thanks Kindle Fire HD!) and you may find it difficult to justify your PC.

In a world where technology moves at a blinding pace, the tower PC hasn’t changed much since its inception. Sure, it’s gotten faster, sleeker and more sophisticated, but it simply cannot compete with the deluge of new tech geekery that we are all hoping Santa brings us this Christmas. So thanks PC, it’s been fun. You will always have a special place in my heart, but it’s just not working out anymore. 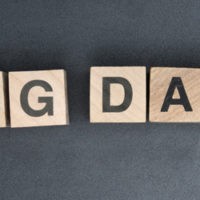 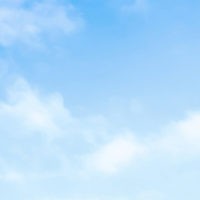 Cloud Vendors – not IT – Relied on for Innovation