I love New Years. It’s fun to take stock in the year’s accomplishments. This year we’ve been producing code at a pretty healthy clip, releasing software just about every week. At that pace, it’s easy to forget the progress we’ve made, because the next release is right around the corner!

Having said that, I did want to spend a minute to provide some color around some of the features we released this year.

In the first quarter, we put some effort into improving the mobile dashboards (and charts in general), by adding an entirely new chart library, custom chart colors, a new ‘pareto’ chart type into the mix. But the big project for the first quarter came by the way of conditional logic in our forms. Having the ability to show or hide information on a form based on some user inputs was a really popular addition to the platform. We love that you love this!

In the second quarter, we focused our attention on some of the features you use to automate your applications and to simplify data entry. We did this with user groups and default values, but the biggest improvement came from the introduction of Application Scripts! Who knew this was going to be so popular? I don’t think an app has been created without some flavor of Application Scripts since the feature was introduced.

In the third quarter, we made some additional improvements to the front end of the platform, by adding a ton of new support for mapping (importing locations, distance filters, etc.) and the ever-popular multi-select feature.

Saving the best for last ;): in the fourth quarter, we delivered something special for our admins by way of improved password policies and easy access to audit history. But the real crowd favorite has to be Cross App Connect. Anyone and everyone who has built more than one app has had a need for this feature. Fun fact: you probably know how important your feedback is to our development process, so much so that we track every request for every feature (within our own TrackVia application of course). Of all the features we’ve built, Cross App Connect still has the highest number of ‘asks’ behind it, so we were really glad to get that into your hands.

So what’s next? Well, a lot. We’re really eager to add more of the features and functionality that you’ve told us you need, from improved administrative tools, easier mobile, and innovative ways to harness IoT devices to integrated AI. We are excited about what 2017 has in store.

Thanks for being part of the TrackVia family! 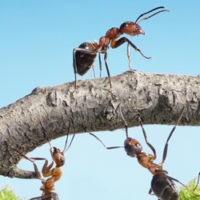 Overcoming Obstacles: How to Stay Motivated at Work 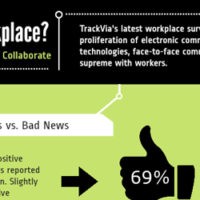 How Workers Communicate and Collaborate (Infographic)