IT Ticketing Systems: Helpful or Harmful?

Many of you are probably very familiar with IT ticketing systems. Whether or not you’re part of an IT team, you’re likely to work with a ticketing system at multiple points in your career. These systems are designed to establish a workflow for IT, enabling members of the IT team to efficiently work on technological issues and requests as they arise. Despite the benevolent nature of these systems, there is a healthy debate as to whether they are truly helpful or harmful.

What could possibly be dangerous about an IT ticketing system?

Those who claim IT ticketing systems are harmful to an organization and the IT team’s production primarily argue that these systems are a waste of time. To the critics, the time it takes to maintain, organize, create, and close tickets just doesn’t seem worth it in the long run. Others argue that ticketing systems are too difficult to use due to the cumbersome amount of steps it takes to create, view, or close a ticket. The general tie between critics is the fundamental belief that IT teams simple don’t need a ticketing system to function effectively and resolve issues quickly.

How can an IT ticketing system help?

Overall, these ticketing systems tend to increase organization within an IT department. An order to all submitted issues can be easily established with this system, ensuring that tickets are addressed in order of submission and urgency. This type of organizational system also allows IT members to breathe a sigh of relief when it comes to keeping track of their responsibilities. Instead of trying to oversee emails and catalog phone calls, responsibilities are tracked automatically in the system showing what each IT team member has to address, in addition to what they have already completed.

On the heels of increased organization comes an increase in accountability.

Without ticketing systems, issues and assignments so easily slip through the cracks resulting in miscommunication and finger pointing when questions start being asked. Ticketing systems allow assignments to be distributed within an IT team. This in turn allows everyone to know who is responsible for which task and if an issue is not resolved on time, the correct person can be held accountable. With this type of accountability system in place, it makes it harder to drop the ball and upset the individual submitting the issue for resolution.

The tracking that comes with an IT ticketing system is another important benefit. Several times, conversations about an issue can get lost or forgotten in emails and phone conversations. The ability to go into an individual ticket and make notes regarding progress, questions, and other important details allow for detailed clarification, again making sure that the issue is resolved correctly. Everything is documented in one place and can be easily accessed by both the person who submitted the ticket and the person assigned to resolve the issue.

Thus, the question is raised as to whether the positive aspects outweigh the negative in IT ticketing systems. 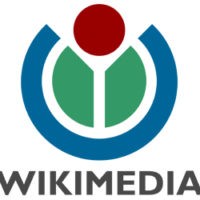 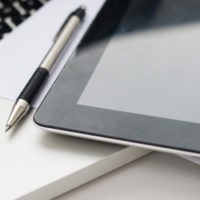 Is the ‘Bring your Own Device’ Trend Good for Business?