Skyrocket Productivity with the Two-Minute Rule

We like to convince ourselves that the little tasks nagging at us in the backs of our minds, preventing us from fully relaxing, sleeping peacefully and simply enjoying our lives are just too difficult. In reality, once we start doing them, we find that they’re pretty easy to complete. Once complete, we tend to feel so much better about life. So how can we force ourselves to get started on our overflowing to-do lists? One of the easiest productivity methods to employ the two-minute rule.

Yes, you have massive projects to complete that will take hours, days, weeks or months of your time. However, you probably also have tons of little things that you put on the back burner because they are just not as important as the bigger things. Yet, the little things add to your growing task list, making you feel more overwhelmed and making it seem impossible to get it all done. Once you begin to chip away at this list, the weight can begin to lift from your shoulders.

The two-minute rule is super simple: if a task will take less than two minutes to complete, do it now. Don’t put it off for another time, don’t add it to the bottom of your list, don’t try to pawn it off on someone else, just do it.

Whether at home or at work, you’d be surprised how many things that we put off that could be accomplished in two minutes or less, including:

Begin to utilize the two-minute rule in your life and watch as your task list becomes shorter and your load much lighter.

Amazingly, the two-minute rule can also be applied to the larger projects on your list. For most of us, the hardest part is the start. Even if a project will take you eight hours to complete, if you can just force yourself to work on it for only two minutes, you’ll find that you’ll end up working on it for much longer.

Why? Let’s take a trip down memory lane to our high school physics class. Sir Isaac Newton once taught us a valuable lesson in that objects at rest tend to stay at rest, while objects in motion tend to stay in motion. So how does that apply to me, you ask? Once you begin to do something, it’s much easier for you to continue to do it because you have inertia on your side. Because are you already in motion, it’s easier for you to stay in motion unless some outside force stops you in your tracks.

You may not sit down for eight hours straight and finish the entire project, but you may sit down with the intention of working for two minutes and find that you actually worked for one hour. Now that the scariest part (starting the project) is done, it will be much easier for you to come back and continue to work on it later. All you had to do was force yourself to get started for only two minutes, and BAM! Now the ball is rolling and you’re moving in the right direction toward completion. It’s basically a form of self-psychological manipulation. But hey, whatever works, right?

In what areas of your life are you willing to implement the two-minute rule in order to skyrocket your productivity? 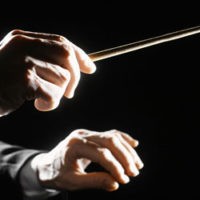 5 goals every project manager should have 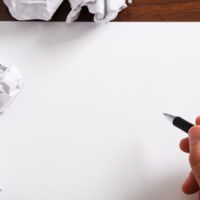 Writer’s block: How to kick it to the curb