We all occasionally suffer from a case of the Mondays. After having tons of fun all weekend, work is the last thing we feel like doing. Therefore, the week often gets kicked off to a very slow start, where we end up spending a lot of time just warming up to the idea of work. But by slacking off at the beginning of the week, you’ll most certainly find your productivity down and yourself scrambling to get more done toward the end.

Front loading is simply a productivity tactic of accomplishing more tasks at the beginning of your week rather than the end. Your Fridays will no longer be considered “crunch time”. By forcing yourself to think in crunch mode at the very beginning of the week, you’ll become more focused and less likely to fall victim to distractions.

Stop waiting until the day a project is due to start it. Something due on Friday, should begin to show up on your schedule on Tuesday. This way, you’ll have plenty of time to complete it, as well as revise it later in the week if necessary. You’ll also have the ability to stay on top of projects that take longer than expected, without having to work into the wee hours of the night to complete it.

Also, consider scheduling all of your meetings for the beginning of the week. Once you get them over with, it’s smooth sailing into the weekend. On the other hand, if you have your meetings on Thursdays or Fridays, any action items from the decisions you’ve made typically won’t even get started until the following week.

This simple change in the way you organize your week could greatly increase your productivity. But why stop at the week? You can also front load your day. Aim to get your most pressing tasks accomplished at the beginning of each day and you will no longer find yourself rushing to get things done at 4:55 pm. You already have rush hour traffic to contend with, so make things a little easier on yourself toward the end of the day as a way to reduce overall stress and anxiety in your life.

By accomplishing the big stuff at the beginning of the week, you can afford to encounter less productivity later in the week, minus the guilt. 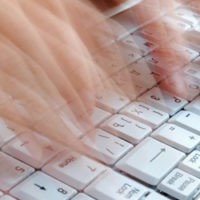 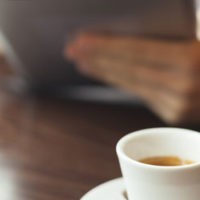 Apps for Productivity Away From The Office