So here’s a question for the ages- what exactly do you say to someone who claims their pet monkey broke their computer? Or, what if they swear that their machine is possessed and ask if perhaps you know any tech spells to banish the imps?

Alternatively, maybe you are on the other side of the phone and are asking about a malfunctioning product while at work. What do you do if the tech tells you to restart your computer over and over again, no matter how many times you’ve already done so? Or, how about if they insist you click on the “Start” menu even after you explain to them that you are running Linux and so what they ask is not possible?

Regardless of what side of the phone you’re on, it’s important to keep a few things in mind when dealing with mind-boggling phone calls:

People tend to react negatively if they realize that you view them as a crazy person. Avoid entirely reasonable outburst like- “You can’t be serious!” or “No one can be that dumb!” Instead, say things like “OK- I’m not sure I understood you correctly, did you say that you were storing cups of coffee in the CD tray?”

That way you can confirm and gently correct the other person’s odd conceptions about technology.

Make Sure You Understand

Sometimes a bizarre tech support call isn’t actually bizarre at all and only seems like it at first due to miscommunication. That’s why it’s important to get the person on the other side of the line to spell out that, yes; they did in fact wash their keyboard in the bathtub in order to clean it, and that yes- that is in fact relevant to why it may not work.

Remember You Can’t Actually See Each other

The other person can’t see what you’re doing and vice versa. Make sure you backup and ask the other person exactly what they did, or told you to do, for every step. Sometimes people will skip steps, or do something without telling you about it and that can be the source of confusion. Therefore, don’t assume that it was your advice that caused their computer to suddenly shut down unless you confirm they did only what you said to do.

Otherwise they might be leaving out the part where they accidentally tripped over the power cord. People are generally used to being able to see one another so sometimes confusion can happen simply because the other person hasn’t really internalized how you can’t actually observe them doing insane things on their computer.

Save the gasps of frustration and disbelief until after the call is ended. But as long as you do it this way, it can certainly help to tell your friends, co-workers, family members, random strangers in the street, and so forth about how someone actually thought that they had to wait until lightening struck their computer battery in order for it to work.

Venting in this manner, apart from being hilarious and fun, can also be pretty important as part of the whole tech support experience. This is because if you don’t let yourself get all the weird out of your head you might just be tempted to tell the next person who asks you whether a computer mouse was ever a live rodent exactly what you think of that opinion. Getting it all out will keep you nice and cool all day long.

Besides, it’ll make for a great story. 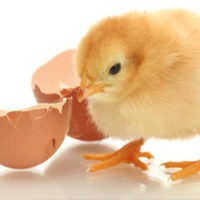 How to Shake off the New Kid Stigma At Work 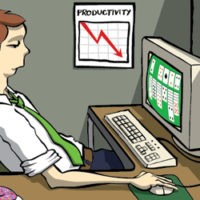 Slacker coworker? How to deal and not lose your sanity