Are Your Employees Sacrificing Vacation Time To Avoid Lay-Offs?

A rising number of American workers are giving up their vacation time.

According to Expedia’s Vacation Deprivation Study, on average, the average American only used 2 out of 14 vacation days in 2011. Some employees admitted that bosses and colleagues might perceive using all of their vacation time negatively. Of employees that did take vacations, 59% said they checked their emails periodically while on vacation.

It’s your lunch, take it

Many companies are turning this into a marketing angle, creating interesting campaigns around the idea of encouraging employees to reclaim their vacation time and lunch breaks.

For instance, the Las Vegas tourism industry has been running commercials urging employees to “Take Back Your Summer.” This Spring, McDonald’s launched the “It’s your lunch. Take it.” campaign.  In one commercial, a woman decides to go to lunch, leaving her colleagues in disbelief, saying “those days are over now.”

Gold Peak Tea, owned by Coca Cola, has taken this one step further: they’re offering one lucky person the opportunity to take a full year of paid time off. That’s right, all you have to do is become a Facebook fan of the brand and describe how you would spend your time off. The winner will receive $100,000.

Although employees have varied responses when asked why they have given up their earned vacation time and lunch breaks, one common thread is the current economic situation. Some employees fear layoffs and others just can’t afford to take vacations or buy lunch. The fact is, many employees need the monetary payout from earned vacation time more than they need time off.

Last month, the Bureau of Labor Statistics disclosed that worker productivity had increased while median annual wages and job force sizes decreased.  A New York Times article said that many employees feel grateful to have jobs, thus have adopted a “Keep your head down; don’t make waves” attitude in hopes of floating under the radar come time for layoffs. Although 80,000 jobs were created in June, employees still don’t feel secure enough in their current positions to take time off.

The idea of “survivor’s guilt” has also been offered as a reason for employees not using their vacation time and lunch breaks. Do some employees actually feel guilty to have jobs, while hundreds of thousands were laid off?

While the worst of the massive layoffs hopefully are behind us, companies continue to downsize in order to cut costs. Earlier this year, Best Buy reported that they will be replacing their large stores with small showrooms and laying off many retail associates. Bank of America recently made cuts to its commercial banking unit, and Blackberry maker RIM plans to dismiss 12% of its labor force by 2013.

When was the last time you used all of your vacation time in a calendar year? Do you regularly leave the office for lunch? 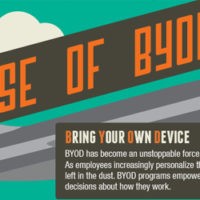 The (Inescapable) Rise of BYOD: Infographic 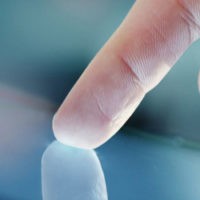