Alabama Governor Robert Bentley has announced that the state will attempt to establish an online database to track payday loans after multiple attempts to do so by the state legislature failed.

A state law passed in 2003 prohibits payday lenders from making loans to people who are $500 in debt to such lenders, according to the Alabama Media Group. The custom online database would track loans to patrons in order to see whether lenders are complying with the law. That statute was passed in an attempt to protect people from the high interest rates often charged by payday lenders.

“If someone has several loans at the same time, and they all carry high interest rates, it’s easy for that person to get trapped in debt,” Bentley said in a press release. “This database can help people avoid that.”

Lawmakers previously failed in two attempts to pass legislation that would have established the online database and  tightened regulations on payday and title loan businesses, according to the Montgomery Advertiser. Both bills ran into strong opposition from lobbyists.

The regulations that would establish the online database were handed down by the state’s Banking Department, which began exploring the possibility after the second bill failed earlier this year. The rules also include new licensing requirements, and the state could force companies that fail to obtain proper licenses before making a loan to forfeit any interest they would have collected.

The proposed online database has been hailed by critics of payday lenders as an important first step in increasing regulation of their lending practices. 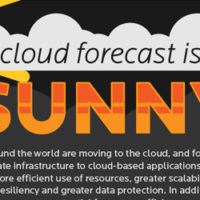