An online database of British cats has indirectly, and quite remarkably, helped capture and convict a man of manslaughter, according to the Athens Banner-Herald. Jon Wetton from the University of Leicester said its feline DNA database, which illustrates genetic material of pets, can be used by crime scene investigators to help solve crimes.

“This is the first time cat DNA has been used in a criminal trial in the U.K.,” said Jon Wetton from the University of Leicester. “This could be a real boon for forensic science, as the 10 million cats in the U.K. are unwittingly tagging the clothes and furnishings in more than a quarter of households.”

This isn’t the first time a pet has been used to help solve a crime, as the Veterinary Genetics Laboratory at the University of California, Davis, used animal DNA to help catch a criminal in London who left blood at the scene of a stabbing. His DNA was later matched to the suspect’s bull terrier by matching up traces from the pet to that of the scene of the crime. This method of sleuthing shows just how versatile using a custom online database can be, as these crimes may have gone unsolved if not for these compilations of information.

Tech Republic said one great reason for using a custom online database is the ability to have more users get access to data they otherwise would not. Interfaces like this are unbound by their nature, so there can be more concurrent users and more can be done with the information at hand. In cases like this where police work is helped, having an online database can be invaluable. 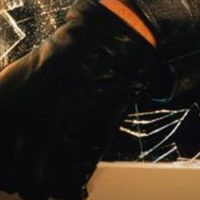