Voters in California now have the ability to view the campaign finance records of their elected officials using an online database application.

The nonpartisan research group Maplight recently launched a search tool that lets people sort through campaign finance data compiled by the California Secretary of State’s Office and stored in an online database. Users can view campaign contributions to ballot committees and candidates made since 2001.

“With the influence of campaign money far too pervasive in our government, we commend Secretary Bowen for working with the public to make it easier to see the forces influencing California’s lawmakers,” Maplight president Daniel G. Newman said in a press release. “May the Secretary of State’s action today serve as a model to all states and cities to release public data to support a more transparent, responsive democracy.”

The Secretary of State’s Office originally balked at Maplight’s request for access to the data, saying that the change could violate privacy laws and would not be cost effective, but agreed this spring to make the information from the online database available by early September,  according to the San Jose Mercury News.

The state’s entire Cal-Access lobbying and campaign finance online database can now be downloaded as a spreadsheet with daily updates. Previously, the state would copy the information onto CD-ROMs upon request and mail them out for $5. The public can also search the database by candidate or group.

“Once the raw format of the data is also available daily through our website, anyone with the technological expertise can write their own tracking program,” secretary of state Debra Bowen said.

Enterprise Software Predicted to Have a Big Year in 2013 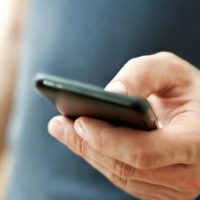 How soon will the cloud become mobile?