A new bill proposed in the New York City Council would give residents the right to look at a custom online database to whether their neighbors, friends or coworkers have had a criminal past with a gun. City Councilman Peter Vallone will introduce a piece of legislation that will put the New York Police Department’s gun offender registry online, according to New York Newsday.

Vallone is the head of the city’s public safety committee and is running for president of the Queens borough, according to the news source. In addition to the bill for the online database, he is also proposing one that would call on the state to create a similar registry. Currently, the registry is only available to the NYPD and mandates that the convict has their address registered with the police and information updated every six months for the first four years they are on the list.

“We cannot allow these violent offenders to slip through the cracks upon their release from prison, and these bills will keep residents and law enforcement officers across the state well aware of their locations,” he said.

A spokeswoman for New York Mayor Michael Bloomberg said they would review the bill, adding that the gun crime registry is currently a powerful tool for police.

The New York Daily News reported that Vallone’s bill has earned a “clean sweep” of support by area law enforcement unions, with the Patrolmen’s Benevolent Association most recently coming out in support of the custom online database. 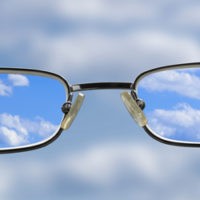