In 2012, Americans filled more than 4 billion prescriptions (IMS Healthcare Research Firm) for everything from penicillin to eardrops to vicodin. But are all those prescriptions really necessary? According to the National Institute of Health, Institute on Drug Abuse, nearly 7 million people were taking psychotherapeutic drugs non-medically. Intentional use of meds without a prescription is what the CDC believes adds up to a prescription drug abuse epidemic in the United States. And although some doctors are inappropriately prescribing medications to their patients, many are missing valuable patient treatment information to guard against doctor shopping, pill mills and other drug seeking activity. For some, fixing this problem means implementation of a national, mandatory, online database designed to monitor and capture prescription drug movement.

An online database already exists…sort of

Prescription Drug Monitoring Programs (PDMP) are online databases that contain the details of all controlled substances prescribed and dispensed throughout a particular state. Great! We’re keeping track. Oh wait, each state decides individually what substances will be captured and reported on, where the data will be housed, and most notably who will have access to it. In some states law enforcement is on that list and the criteria for them to access information varies from state to shining state—something to think about.

There are other hurdles as well. The state of Colorado may not have the technical capabilities or permission to share PDMP data with the state Arizona. Efforts are underway to harmonize information sharing among states with the proposed prescription monitoring information exchange (PMIX) online database architecture but for now, its status quo. And although the government is committed to passing legislation ensuring implementation of PDMPs in all states, the system comes at a cost. Start-up can run from half a million dollars up to $1.5 million with annual operating costs of up to $1 million.

American drug retailers, CVS Caremark, did a little research on their own prescription data and were able to identify caregivers and providers with “extreme patterns of prescribing such high-risk drugs”. More importantly, most of these caregivers could not justify their dispensing habits. CVS Caremark found 42 “problem prescribers” dispensing a significantly higher volume of high-risk drugs compared to other providers in their region. When asked to provide supplemental documentation to justify their prescription release, only six were able to deliver legitimate cause. In light of their findings, they have begun actively working at state and federal levels to change policy to create mandatory electronic prescribing practices and policies for controlled substances, as well as improved Prescription Drug Monitoring Programs including online databases.

Many doctors have voiced their concerns and reservations about PDMPs and reject the push for a national online database saying they undermine a physician’s decision-making power and discretion. In some states, a doctor can grant online database access to others in the medical team, raising questions around privacy and confidentiality. For others, there is worry that an online database places legal repercussions above medical care and privacy, particularly in states where access is granted to law enforcement and state officials. 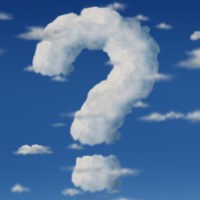 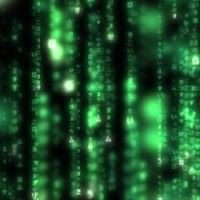