Apple designers in awe of TrackVia at Apple’s WWDC 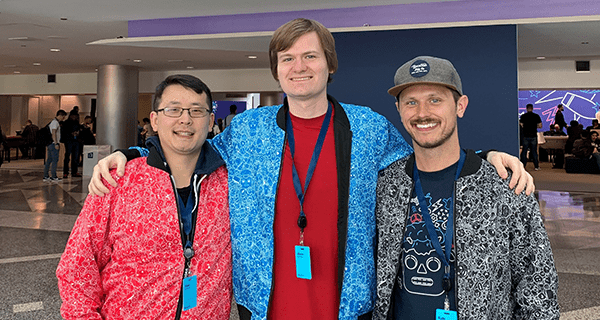 I interviewed our three mobile engineers to hear about Apple’s review of TrackVia, the conference overall, and how CNET selected them for an interview about Apple’s technology reveals.

Q: How were you selected for Apple’s Design Lab One-on-One and what were the results of that meeting?

Kyle: The selection process is actually a lottery. You submit the reason you want to meet along with a description of the app, and Xiao and I were picked. During my session, I had 30 minutes with two Apple designers to review our new iOS app. First, we explained what TrackVia was and how it worked, which is always exciting to do with new users.

Jason: Yeah, it was fun watching their eyes widen as they realized that what we were showing them was just one of the hundreds of different things that TrackVia can do. We showed them the web experience and how that translated to the iOS app. They were pretty impressed with that capability. As soon as we finished, we got together to sketch out their ideas for us to consider.

Q: What about Apple’s Usability Session? How did that meeting go?

Xiao: The usability session was an app overview. It was broad and wide. They looked at dashboards, forms and grids, and gave us a summary. My favorite part was when the designer looked at our app at the beginning and couldn’t really fathom what we had done. [Laughter] I explained that the web application was not static but dynamic. The Apple designer said, “Whoa! I have never seen this before!”

The Apple designer said, “Whoa! I’ve never seen this before!”

So, that shows our technology is awesome. At the end of the suggestions, the Apple designer said, “You actually have a very well thought-out app. It’s very intuitive.”

Jason: The other cool thing is the session was only scheduled for 15 minutes but ended up going 45 minutes because both the designers were so excited about the TrackVia app.

Q: How will what you learned at the conference benefit TrackVia customers?

Kyle: A native Mac app is a possibility for the future. That means you would go to the App Store and download a TrackVia app for your Mac desktop. You would be getting our designed experience instead of one interpreted by your browser such as Chrome. This would make things faster. I got to share my feedback with CNET in an interview.

Q: How will what you learned at the conference help TrackVia deliver more capabilities faster to customers?

Xiao: SwiftUI will make features easier to design. WWDC introduced a lot of technology that will make the tech go faster—so speed to solution will be faster. Customer usage statistics can be improved, e.g. more easily see usage patterns and use as benchmarks.

Kyle: Accessibility was another major topic this year. SwiftUI will automate accessibility more for the developer so a larger population can be accommodated with less work. CNET also asked Jason about his reaction to SwiftUI.

On Project Catalyst, an Apple product which will make porting iOS apps and features to MacOS much smoother:
(5:50) Kyle: “It’s super exciting and a kind of revolutionary thing for us mobile engineers to be able to also bridge that experience onto the desktop as well.”

On Swift UI, the new framework for Apple’s programming language that is built using Swift itself:
(13:00) Jason: “This will save me a ton of time…it’s a lot smaller code to write the same thing. They showed a couple thousand lines that had been reduced to about 10 which was an insane improvement.”

Q: It was great that you were highlighted on CNET at the conference. That’s pretty cool! How did that happen?

Jason: We watched the reporter Vanessa Hand Orellana interviewing Tim Cook [Apple CEO], and when she finished, she looked at the developers and asked, “Do you want to comment on things Apple revealed today?” The TrackVia team jumped at the opportunity.

Q: It’s cliche to say that you learned a lot and it was really exciting, but do each of you have a major highlight from WWDC that you’d share?

Kyle: Well, if I can do two…it’s always fun to go to an event like this when it’s someone else’s first time. It was Jason’s first time and it was fun to see him get excited. And the other thing I’m really excited to see is what TrackVia can do with the future of developing for installed devices and not just developing for iPhone and iPad.

Q: What does “installed devices” mean?

Kyle: Now that we can put an iPad app on a Mac, that opens up our view of the app that we’re developing. It challenges us to think more about that desktop experience. The codebase that we write could show up on a Mac as well as on a mobile device. We could start thinking of ourselves as the “installed device” team instead of the “mobile” team for code development. We can think about TrackVia on every device such as a tablet, a phone, a TV, a desktop. 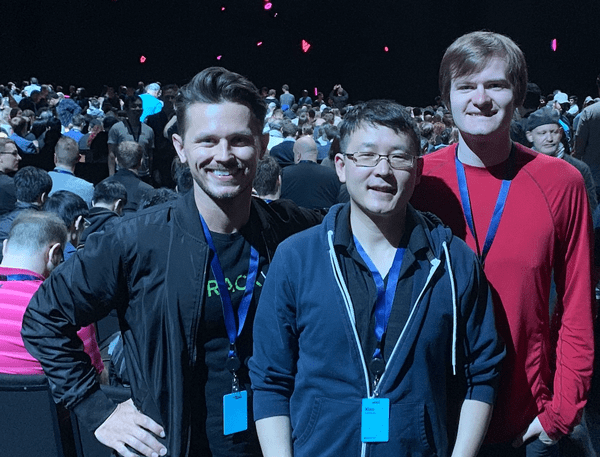 Q: Jason, what were your highlights?

Jason: The first one is the new Swift UI framework. There’s a lot less code which means the product will potentially be a lot less buggy from the beginning. I actually wrote a small sample app on the spot during WWDC in-between sessions using the new Swift UI framework because I was so excited about it, so that was awesome and I’m still super-hyped!

My second highlight was a lunch session with Dr. Ayanna Howard, a roboticist who worked at NASA on the Mars Rovers. A life transition put her on the path to working on accessibility solutions, using robots to help people with handicaps and various disabilities to help make the world better for those populations. Her talk ended with, “We as developers, as engineers, really need to pay attention to how to make the world better because we are consciously or unconsciously heavily affecting the way the world works for a lot of people.”

Her background was similar to mine because I started programming by making apps for scientists. Her talk was really inspiring in terms of what I want to do in the future and being open to exploring opportunities until you find something that really fits.

Q: Xiao, what were your highlights?

Xiao: I found this WWDC different from previous ones. Previous Apple events seemed more “gimmicky” where they had new emojis for chat and AR (augmented reality), but this one was very developer-focused. They made the tools better, the language better, the debugging better, and the performance better. A lot of it was for the developer, not necessarily the consumer market, so that was really cool.

They also showed additional tools for measuring and tracking how your app is doing throughout the day and a lot of it can be automated. I’m pretty excited about this because you can see, for example, which users are using the device at what time. This is helpful because you can update the device when you know they are not using it. So there’s a lot of user experience automation on the back end which I think is really awesome. 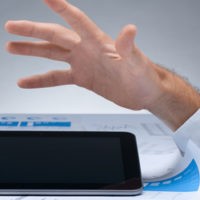 The Problem with Paper for Quality Management 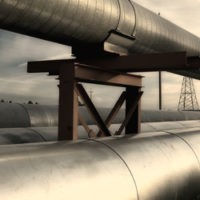