The cloud’s many benefits have businesses around the world moving their corporate strategies into cloud-based applications and processes. Through the use of a simple cloud database form, businesses can easily shift their infrastructure to the cloud to realize all benefits.

Outside of direct financial gains, cloud adoption also allows companies to take part in environmental conservation by significantly decreasing its energy consumption. A recent study from Greenpeace Internationalfound that as of 2007, server farms and data centers represented roughly 14 percent of the carbon dioxide equivalent emissions in the world.

A recent index released by security software vendor Symantec indicated that 46 percent of business data is currently being stored outside of internal IT infrastructures. Another IBM report found that nearly three out of every four companies use the cloud in one form or another. Analysis by leading information technology research company Gartner found that the public cloud services market would reach $109 billion worldwide by the end of 2012.

Organizations who have not already opted for the use of cloud technology and an online database might be weighing the benefits and downfalls of making such a move. A recent report from the Open Data Center Alliance found that more than half of all organizations surveyed had plans to move at least 40 percent of their IT infrastructures to private clouds by 2015. As far as what this change will mean in terms of energy conservation, Computing Solutions Group reported that cloud-tied virtualization is able to save 60 to 70 percent of the energy used for operating data servers. As revealed at TechFest 2009, new low-power processors are being used that can function at up to 50 percent of high performance processors while using only 5 percent of the power.

The emerging cloud trends mean that through virtualization, companies can cut costs associated with hardware and maintaining data centers, more fully use its resources and enjoy stronger technical resiliency, but they can also contribute to a greener planet. 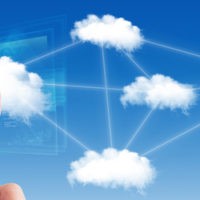 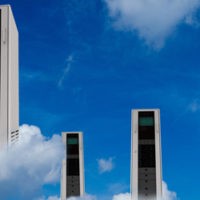 Enterprise Software in the New Year