Office Politics: 5 Steps to Getting Ahead of Your Competition

Advancement in many companies isn’t always about being the best; it’s often about playing the game just right. If you’ve ever watched a less experienced or talented co-worker get promoted before you, you will, sadly, be able to relate to this. Often, it’s just a matter of office politics. Those who know how to play the game will get promoted, and those who don’t will be stuck where they are. But don’t be too discouraged, here are five ways you can beat your opponents in office politics:

It should go without saying that your first offensive move in office politics should be to do your job.

Don’t focus on what your co-workers are doing, or how much you hate doing those menial tasks your boss assigns. You’ll have plenty of time to beat your competition, but your first priority should always be to do the best you can with the tasks you’re given. While your merits as a worker may not guarantee you the promotion, it’ll give you a leg up on your competition if you have verifiable evidence that you can do a better job.

2.  Build a Circle of Influence

Now, I’m not saying you should suck up to your bosses per se, but you do need to get in their good graces. Remember, it’s not what you know, it’s who you know. Building relationships with your supervisors will greatly increase your odds of being promoted. If your personality is abrasive, you appear difficult to get along with, or they simply find you annoying, the likelihood of your promotion decreases exponentially.

The moral is that you need to build personal relationships with your superiors. Remember their birthdays, ask about their kids, and offer to buy them a drink after work once in a while. Attend every meeting they’ll allow you to sit in on, and offer to help with any extra projects around the office. If your company offers a mentoring or shadowing program, take full advantage of it! If you want to get to know your bosses and learn how they run the company, there’s no better way to learn than to watch them first-hand.

If you want a promotion and more responsibility at the company, the powers that be need to know you’re capable of more than you’re currently doing. You have to make them realize that you can do the job. Think of your current position as an audition for the job you really want. Do it well, and go above and beyond your duties. If you have an idea, speak up and give your bosses the opportunity to implement it.

If you’re the type of person to simply sit at your desk, do your job, and not get involved with the inner workings of the office, you’re not likely to go very far. The inevitable truth is that you have to be assertive. Suggest new ideas and try new things. Take initiative. Even if your idea fails, they will still be impressed that you had the courage to try something new.

4.  Play Well with Others

Yes, your co-workers in one respect are your competition, and many of them are ruthless about their advancement. Nonetheless, you have to demonstrate an ability to work with people you don’t necessarily like or want to collaborate with. If a big deadline is approaching and your co-worker seems to be falling behind, offer to help. You know the adage: keep your friends close, and your enemies closer. The more you work with your competition, the more you’ll know them. Most importantly, while you’re gathering valuable information about your competition’s work habits, your bosses will realize how helpful you are to your co-workers (and how well suited you are for an even better position).

The worst part of office politics is, without a doubt, the inevitable gossip.

Water cooler chitchat about how Harry from accounting hooked up with the receptionist isn’t a classy or productive way to spend a large chunk of time, but there can be some valuable nuggets of information hidden under all that talk. It’s important to learn not only the reputations of your coworkers, but the stories going around about you. If you have a reputation of being late for work, or staying up all night drinking with the guys, you’re less likely to be seen by the higher-ups as a reliable employee who is ready for more responsibility.

Additionally, office gossip also has some positive aspects – you’ll know when a job is opening up before it’s announced, how to get on the inside track with some of your bosses, and maybe even the kind of person they’re looking to hire.

Office politics is a dirty game to play, but it’s often necessary in the business world. If you follow these tips, you’re sure to impressive your bosses, beat your competition, and move up the corporate ladder. Good luck!

Editor’s note: This is a guest post for TrackVia by Jesse Sopher 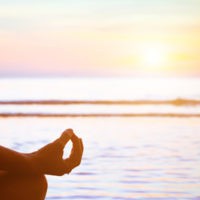 The Zen of Project Management 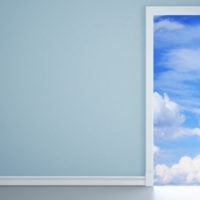