DENVER, August 12, 2015 — Inc. magazine today ranked TrackVia No. 2168 on its 34th annual Inc. 5000, an exclusive ranking of the nation’s fastest-growing private companies. This marks the third time TrackVia has made the list. The list represents the most comprehensive look at the most important segment of the economy — America’s independent entrepreneurs. Companies such as Yelp, Pandora, Timberland, Dell, Domino’s Pizza, LinkedIn, Zillow and many other well-known names gained early exposure as members of the Inc. 5000.

“We are thrilled that TrackVia earned the No. 2168 spot on Inc.’s 2015 list of the 5,000 fastest-growing private companies in America,” said Pete Khanna, CEO of TrackVia. “It is an honor to be included on this impressive list for the third year in a row.”

The 2015 Inc. 5000, unveiled online at Inc.com and with the top 500 companies featured in the September issue of Inc. (available on newsstands August 18 to September 22) is the most competitive crop in the list’s history. The average company on the list achieved a mind-boggling three-year growth of 490 percent. The Inc. 5000’s aggregate revenue is $205 billion, generating 647,000 jobs over the past three years. Complete results of the Inc. 5000, including company profiles and an interactive database that can be sorted by industry, region, and other criteria, can be found at www.inc.com/inc5000.

“The story of this year’s Inc. 5000 is the story of great leadership. In an incredibly competitive business landscape, it takes something extraordinary to take your company to the top,” says Inc. President and Editor-In-Chief Eric Schurenberg. “You have to remember that the average company on the Inc. 5000 grew nearly six-fold since 2012. Business owners don’t achieve that kind of success by accident.”

The annual Inc. 5000 event honoring all the companies on the list will be held from October 21 through 23, 2015 in Orlando. Speakers include some of the greatest entrepreneurs of this and past generations, such as Marcus Lemonis, host of the CNBC show “The Profit,” Robert Herjavec, one of the main “sharks” on ABC-TV’s “Shark Tank,” KIND Founder and CEO Daniel Lubetzky, and Co-Founder of Goodshop.com JJ Ramberg.

About TrackVia
TrackVia is a leading mobile workflow management solution that unites workers with all their data, processes and collaborations–in one environment, on any mobile device through a simple, user-friendly interface. More than 1,500 businesses in 14 countries rely on TrackVia, including Honeywell, Lockheed Martin, Hitachi, DIRECTV, Dow, Brinks and others. TrackVia has earned several product and technology awards, and was named to Inc. Magazine’s list of Fastest Growing Companies in America in 2013-2015. Learn more at https://trackvia.com.

Methodology
The 2015 Inc. 5000 is ranked according to percentage revenue growth when comparing 2011 to 2014. To qualify, companies must have been founded and generating revenue by March 31, 2011. They had to be U.S.-based, privately held, for profit, and independent–not subsidiaries or divisions of other companies–as of December 31, 2014. (Since then, a number of companies on the list have gone public or been acquired.) The minimum revenue required for 2011 is $100,000; the minimum for 2014 is $2 million. As always, Inc. reserves the right to decline applicants for subjective reasons. Companies on the Inc. 500 are featured in Inc.’s September issue. They represent the top tier of the Inc. 5000, which can be found at http://www.inc.com/5000.

About Inc. Media:
Founded in 1979 and acquired in 2005 by Mansueto Ventures, Inc. is the only major brand dedicated exclusively to owners and managers of growing private companies, with the aim to deliver real solutions for today’s innovative company builders.  Winner of the National Magazine Award for General Excellence in both 2014 and 2012. Total monthly audience reach for the brand has grown significantly from 2,000,000 in 2010 to over 13,000,000 today.  For more information, visit www.inc.com.

The Inc. 500|5000 is a list of the fastest-growing private companies in the nation. Started in 1982, this prestigious list of the nation’s most successful private companies has become the hallmark of entrepreneurial success. The Inc. 5000 Conference & Awards Ceremony is an annual event that celebrates their remarkable achievements. The event also offers informative workshops, celebrated keynote speakers, and evening functions.

For more information on Inc. and the Inc. 5000 Conference, visit http://www.inc.com/. 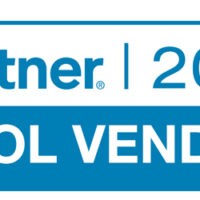 Why It’s Cool to be a Gartner Cool Vendor 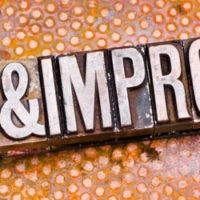 TrackVia Forms are New and Improved!