TrackVia CEO, Pete Khanna, was interviewed today for Money with Melissa Francis on FOX Business Channel. During the interview, Khanna spoke about how simple and inexpensive it can be for Citizen Developers to build their own applications, as well as the aggregated reporting, workflow management and drag-and-drop ease of TrackVia’s application platform. Here are a few excerpts from the interview:

Francis: “How do you write an app yourself if you don’t know how to do it?”

Khanna: “It’s like any normal interface, whether you want to call that a consumer tool  that you’re used to seeing either on Facebook or a business tool that’s just less complicated than a Salesforce.com, where you use simple, plain English [tools] to create fields, and an easy-to-use interface like Microsoft Office. What you can imagine, you can build. Through drop-down menus, [in] plain English, you’re gonna have an application that’s secure and reliable and can be used by anybody, anywhere in the world.

TrackVia empowers business users that don’t know how to write code to build their own business applications to do their job better through drag-and-drop technology, easy import from Excel, and really simplifies the process for everybody.”

Francis: “What’s the impact, do you think, on the software business? Everyone that does this doesn’t buy a really expensive application from someone else.”

Khanna: “[The big idea is] the huge disruption to the $370 billion enterprise software market. We think there’s a huge shift happening now, where traditional software will be less likely to win business users’ hearts when they’re looking to build a solution. This spend will go into the business users’ hands that have a budget, do their job every day, know what they want and they’re going to go out and build it themselves.” 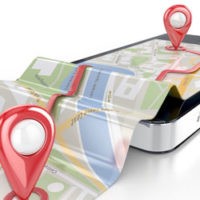 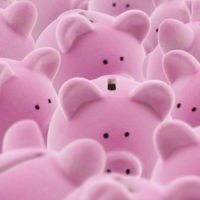