Amazon’s lengthy domination of the cloud computing world is about to be challenged. As more and more people move their personal and business lives to the cloud, they have stuck with what they know, and since Amazon has been a part of their lives for so long, they have relied on this stalwart to tide them over to the new horizons that cloud computing presents. Now another behemoth service provider is about to challenge Amazon’s dominance of the cloud as Verizon launches its cloud computing service for businesses. Verizon Cloud is still in beta testing, but initial reactions have been glowing.

Verizon’s new infrastructure as a service offering (IaaS) for businesses is touted as being the best solution, as it allows more comprehensive end user control than any other cloud computing solution. While this may have been a daunting prospect a few years ago, end users feel comfortable with cloud computing now and are knowledgeable enough to design a cloud computing architecture that best suits their needs.

Being able to dictate the exact design of the solution they need means that they can pay only for the services they need and improve efficiency.

Pushing the boundaries of cloud technology

The Verizon Cloud is still in beta version and is being tested across a limited network. The new solution offers an exciting Iaas elastic computing system as well as an object storage system, cloud storage and Verizon Cloud Compute.

According to Verizon, Cloud Compute allows users to create their very own solutions: “users can determine and set virtual machine and network performance, providing predictable performance for mission critical applications, even during peak times.”

The technology that goes into these exciting features was designed by Terremark, a company which Verizon acquired in 2011. Verizon is hoping to redefine the cloud computing landscape with their new technologies.

John Considine, Versizon’s Terremark CTO outlined the way in which Verizon’s Cloud differs from Amazon’s saying that up until now, cloud architectures made it difficult to deliver consistent performance. The ground-breaking technology of the new Terremark system can deliver infrastructure and related services that are user-designed and deliver a consistent performance.

Considine explains: “When we think about the cloud space, we look at the generic cloud, where performance is what you get, and if your neighbor is doing stuff, you get impacted. Most of the time in the network and the storage spaces, you can’t get consistent performance. We’ve addressed all that fundamentally, so if you say, ‘Give me 100 megabits on this NIC,’ we will give you that performance on that network.”

Considine goes on to explain that Verizon has managed to achieve this through the development of proprietary intellectual property: “We’ve moved to a fabric-based infrastructure, where all of the elements are placed on a high-bandwidth fabric, and we allocate performance by element and by user.”

This means that the system was built with consistent performance as a priority. As the beta version is tested by a few hundred users, Considine hopes to perfect the system if it is to compete with the likes of Amazon. A public beta version is currently out now and you can sign up to test it here.

Verizon has also become the first adopter of AMD’s SeaMicro SM 15000 which utilizes 64 octal-core CPUs. Chris Swan from InfoQ: “A single SM15000 fits into 10u of rack space, and eliminates many of the cables that would be used to connect regular servers into the network and storage. The hardware has its own provisioning capabilities that allow CPUs, network and storage to be allocated to a logical server. The combination of flexible hardware provisioning (from SeaMicro), virtualization (from Xen), and orchestration (from CloudStack) allows Verizon Cloud to offer finer grained control over compute, storage and network versus other clouds (which usually sell in binary increments of a base level small/medium virtual server).”

At the moment, Verizon Cloud only supports its own eCloud API, but Cloudstack and AWS compatibility is in the pipeline. Initial reports from beta users are positive and the system seems poised to offer stiff competition to Amazon and a welcome alternative to those who are cloud savvy and want to create a system that best serves their needs.

As the Verizon Cloud enters final testing at the end of 2013, users can sign up and get a taste of the new technologies for themselves. 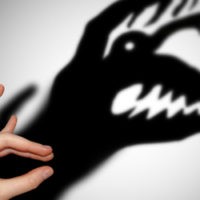 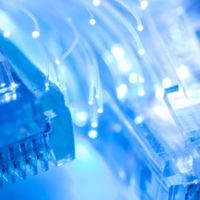