Cloud Computing Can Help to Save the Environment

Let’s face it; the computer industry as a whole doesn’t have a great track record when it comes to the environment. The cloud computing revolution may be the environmental, social and economic answer to all of these burgeoning problems.

The unchecked mining of rare metals for components causes environmental damage (especially in third-world countries), computers use an enormous amount of energy, batteries cause pollution and with modern machinery made to fail, waste from the computer industry is reaching epic proportions. Very few components from computers are recycled and most of them end up in a landfill. Add to that reports of the pollution and poor environmental practices of Chinese factories where all your favorite brands are manufactured and you have a recipe for disaster. The environmental impact of the computer industry in China and the social impact of poor conditions in the factories has been profound.

A recent study by Microsoft and the Global e-Sustainability Initiative (GeSI) found that when cloud computing technologies become more widespread, they will be reducing the greenhouse gas emissions of the computer industry by an incredible 95%.

Saving the planet and your money too

Not only will the shift to cloud computing prevent the release of greenhouse gases into the atmosphere, it will also save up to 2.2 billion dollars for participating companies.

A study by researchers from Imperial College, Harvard University and Reading University studied the impact that emerging cloud technology is having in China, Canada, Brazil, Europe and Indonesia. What they found was that cloud computing technology is helping to significantly reduce greenhouse gas emissions and the costs of running IT in the affected countries.

They projected that, when 80% of organizations in these countries make the switch to cloud computing technologies, energy usage will fall by an incredible 11.2 TWh. This is the equivalent of 25% of the energy consumed by London. Cloud computing will prevent 4.5 million tons of CO2 emissions from entering the Earth’s atmosphere. This doesn’t take into account the reduced environmental impact of fewer computers and network systems, fewer servers and less hardware.

Many small to medium businesses don’t have big IT budgets that enable them to constantly update their servers, networks and computer hardware. This means that they will be using less efficient hardware. Even when they do upgrade, the waste generated from their obsolete system, and by the manufacture of their new system, is significant. With cloud infrastructure, the centralization of your firm’s IT needs will significantly reduce the environmental impact of your company. Lead research Peter Thomond claims that for every metric ton of CO2 that a cloud vendor generates, they are saving 20 tons of CO2 from being released by their clients.

While the move to cloud computing has been initiated by small to medium businesses who have the most to gain in terms of IT savings and a levelling of the playing field, the study projects that when larger companies join the push to cloud technology, the greenhouse gas emissions could drop significantly.

The GeSI predicts, that at the current rate of adoption, cloud computing could result in a 16.5% reduction in greenhouse gas emissions by 2020 with a saving of $1.9 trillion. Thomond claims that the biggest hurdle to widespread adoption of cloud computing technology is governments themselves. He is pushing for government organizations to switch to the cloud which will bolster confidence in cloud computing and help to accelerate the shift to this far more economical and environmentally friendly model. Thomand also recommends that governments offer incentives to organizations and companies to encourage a shift to cloud computing. 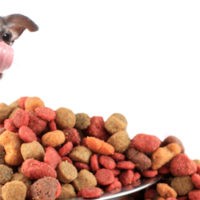 Do You Eat Your Own Dog Food? 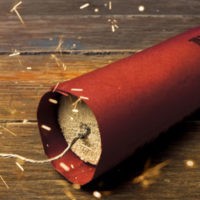 Cloud Computing: 4 Ways to Get Major Bang for Minor Bucks