Federal Infrastructure Resilient in the Cloud

Hurricane Sandy brought down operations all along the East Coast, with widespread power outages and other damage. The “frankenstorm” has also caused many federal agencies to consider cloud-based disaster preparation. As FCW writer Matthew Weigelt wrote, a cloud data center can provide significant protection against natural disasters, particularly for organizations with limited resources or weaker technology infrastructures.

It may not be the cloud model itself that yields this benefit, Weigelt said, but the access to newer hardware that is built to withstand more taxing conditions than older systems. A cloud data center is built from the beginning with redundancy in mind, so that if one system fails, there is another system to take over. One advantage unique to the cloud, however, is that it allows backup systems to be located far enough away that it is unlikely that one disaster could affect both the primary data center and the backup system.

“The General Services Administration, an early adopter of the cloud, handled Sandy with its strong infrastructure,” Weigelt wrote. “All of GSA’s IT systems remained completely operational during the storm. All users were able to conduct business through the internet, email, collaboration and all business systems, even with a Verizon outage in Manhattan that caused a minor interruption in connectivity.”

It is true that some cloud services went offline during Sandy. While some analysts used this to underscore the vulnerability of cloud-stored assets, Midsize Insider writer Rick Robinson noted that cloud and in-house infrastructures are equally vulnerable in natural disasters. Robinson suggested companies may benefit from utilizing both local and remote backup to ensure operations can continue as quickly as possible following a disruption. 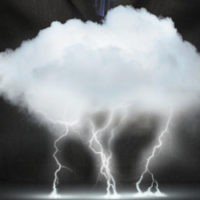 What To Do When the Cloud Goes Down 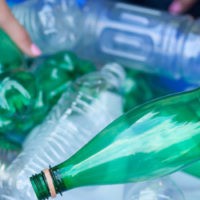