Although cloud computing is still regarded as relatively new, the technology has passed the tests so far with flying colors. A recent survey by Navint found that 90 percent of United States CIOs achieved the cost savings they anticipated when their companies deployed cloud-based services, while nearly half of respondents now have IT budgets specifically for the cloud.

Virtualized servers have led to another, maybe unintended benefit: increased productivity. Nearly two-thirds of CIOs said that online databases have had a significant, positive impact on efficiency and effectiveness.

“With the cloud, CIOs can have software that suits the business without having to worry as much about hardware and disaster recovery, because you contract a provider who’s better at it than you ever will be,” John Robosson, senior partner at Navint, said.

The survey polled CIOs at Fortune 500 companies with more than 5,000 employees.

Cloud services are available in a vast range of shapes and sizes. Therefore, in order to achieve desired cost savings and improved efficiency, it is important for companies to grasp which functions need to be online.

Jim Thompson, vice president of product management for ViaWest, blogged about the benefits of different cloud models for Data Center Knowledge. Thompson noted the differences between Software as a Service (SaaS) and Infrastructure as a Service (IaaS). SaaS systems virtualize programs, like email, to to the cloud, while IaaS typically means moving a company’s entire network to the cloud. He also touched on Platform as a Service, which is generally used by database software developers. 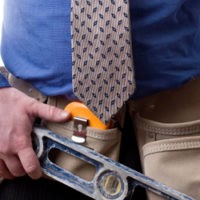 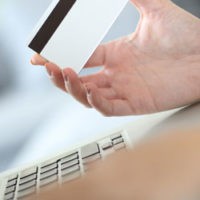 The Future of Business Software: The Price Is Right