When a good idea hits the mainstream there’s no stopping it. Time savers, money makers and war machines that deliver efficient results are the massive freight trains dictating huge portions of our economy. And cloud computing, like its predecessors, is set to have a huge impact on global business outcomes. This thing is catching on like Velcro and the world’s leading research and business firms are paying very close attention.

Adoption of cloud computing has been on a consistent rise with global market potential expected to hit $158.8B by 2014—that’s Billion, with a “B”, folks. This figure is courtesy of a three-year partnership between venture capitalist firm, North Bridge and San Francisco-based GigaOM, a research and analysis group that aims to empower emerging technology markets to have high impact within their sector.

These two crazy kids have been getting together for the last three years to produce their annual Cloud Computing Survey. This year, they included 57 additional “collaborating organizations” collecting responses from 855 respondents resulting in their biggest survey yet. Business users, IT decision makers and cloud vendors (the majority of whom were C-level executives), had a lot to say about the growth, drivers, barriers and opportunities they were facing.

Here are some statistics for your SaaS

So, $158.8B by 2014 is a lot and some may be asking what the heck are we using it for? Software as a Service (SaaS) held on to its spot as the most popular cloud service with rates up 55% from last year but Infrastructure as a Service (IaaS) is enjoying the fastest growth with a 29% increase since last year’s report. Don’t worry Platform as a Service (PaaS), there’s room for you too. 72% of those surveyed said they anticipate use of PaaS in their company sometime in the next five years.

For cloud computing service providers, the usual suspects like Google, Amazon, Microsoft and Rackspace are serving the lion’s share of the market. But 35% of survey respondents indicated they’re working with a variety lesser known service providers making it anyone’s game.

On the cons side of things, issues around security and compliance and cost are still barriers to adoption for many companies. And although survey respondents’ security concerns are on the decline (down 9% percent from 2012), there is another firm suggesting businesses don’t abandon their security worries just yet.

That’s the title of a stellar report from KPMG synthesizing responses from more than 650 senior executives currently working various industries at various stages of cloud computing adoption in over 16 countries. Aimed at “gaining valuable insight, not only into the potential benefits of cloud, but also the practical challenges of adopting these evolutionary and highly disruptive technologies”; this report uncovers the difficulties and triumphs of system and data management of multiple providers and issues stern warnings to uninformed executives.

Let’s start with the magical thinking and oversimplification plaguing executives (and employees). The Cloud Takes Shape touts organizational implementation capacity as one of the most significant problems companies face. Over 30% of respondents said migration and implementation was more expensive than they anticipated and that integrating current IT systems with the cloud was creating problems.

And there was another surprise. Many respondents indicated they don’t have people with the necessary skills and know-how to execute their cloud computing plans. KPMG responds to this revelation best by saying “It was somewhat surprising, therefore, to find that a significant majority of respondents said that they rely primarily on in-house resources rather than external providers or consultants for their cloud implementations.” Bet most of them wish they’d thought of that a year ago.

Click to read more about The Cloud Takes Shape from or The Future of Cloud Computing. 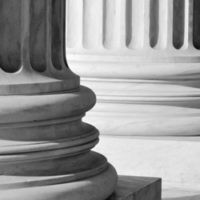 Federal Infrastructure Resilient in the Cloud 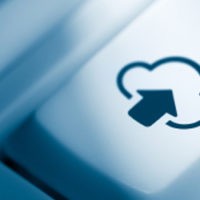