If you’re an avid consumer of technology news, you’ve surely of heard of terms like cloud computing and cloud security. Those really interested might have also heard of the Cloud Security Alliance. But, for the rest of us, what exactly is this “Cloud”? Well, let’s start from the beginning.

Cloud computing refers to virtual servers that are available over the internet. It “comes into focus only when you think about what IT always needs: a way to increase capacity or add capabilities on the fly without investing in new infrastructure, training new personnel, or licensing new software. Cloud computing encompasses any subscription-based or pay-per-use service that, in real time over the Internet, extends IT’s existing capabilities” (Infoworld, Cloud Computing).

The term“cloud” is used because a cloud is the general shape of the infrastructure of this computing system in most diagrams. Also, individually, the term “cloud” is used to denote the browser based operating system that was mostly built for machines whose main purpose was to browse the internet. Because the OS is browser based, it means that the load up time is very short, loading up within seconds of turning the device on.

As most of the data in cloud computing is browser is based, there have been growing concerns over the security of cloud-based applications. First of all, in an effort to completely clear the air, companies or enterprises need to learn to look at cloud computing in a slightly different manner, mainly, the need should be focused on protecting the bigger data by improving the security levels of various servers located at different places.

In addition, one cannot ignore the human factors at play – as long as there is cloud computing there will always be people who will try to protect the data and maintain cloud infrastructures and there will also be people who try to attack it. When enterprises or companies decide to choose their cloud, so to speak, they must do so while considering these aforementioned factors.

So what are the main factors hindering companies to move their data into cloud based systems? The major chunk of enterprises who have not made up their mind about joining cloud computing are not comfortable with the idea that at present, most clouds do not offer proper separation and data segregation techniques or plans. This is a very natural concern.

Imagine companies like credit card providers or health insurance companies. They carry a lot of confidential data. Now imagine them sharing server space with some company that deals in not-so-important user data. Because the latter does not have important data, it probably had not invested in highest levels of security either. So, someone who wanted to attack the valuable data in the former company could easily hack into the latter and have unlimited access to all the connected databases. This is why segregation of information is so important.

Only segregation of info on a virtual level is not enough. Some levels of data theft can also happen in the traditional analogue level. To prevent such untoward security breaches, the locations of servers also need to be different. Only when such security concerns are addressed, will companies and enterprises feel secure enough to move in to the cloud computing system. 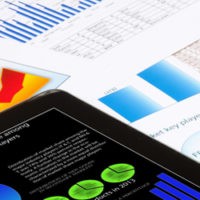 How Customer Relationship Analytics are Changing Marketing Campaigns (for good) 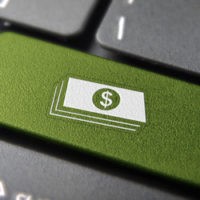 Online Databases. The Future of Shopping?