Pay No Attention to That Man Behind the Curtain

The Wizard of Oz is arguably one of the most iconic films of all time. Due to its timeless message, relatable characters and popularity, The Wizard of Oz is consistently used as a metaphor for other arenas of life. Well, here comes one more.

I recently read a Gartner report written by analyst Ian Finley titled “New Developers Can Help Deliver More.”  The report describes how IT departments can leverage “apptrepreneurs” and citizen developers to build niche applications that would normally be overlooked or blatantly ignored by IT due to time and budget restraints.

What stood out most to me was the idea of IT working more closely with other departments, and specifically the non-IT people (aka – Citizen Developers). “Create a developer relations team to recruit, support and reward non-IT developers to build applications for [the] enterprise.”

In speaking with customers, I’ve noticed a common trend of there being a love-hate relationship between IT departments and “everyone else.” On the one hand, end-users who need large-scale enterprise solutions love IT because they build tools and applications that are necessary for running the business and getting work done.  On the other hand there are users who view IT as a roadblock, especially when application requests get lost in the “long tail,” as Finley calls it.  These are applications that are for niche needs or small departments. They get pushed down the IT queue and may never be built.

I think the comparison is pretty clear. Oz was in a remarkably similar situation to IT departments. Viewed by everyone as being powerful; generous and helpful to some or terrifying and cold to others.

What Finley outlines in his report is that IT departments who create healthy developer ecosystems and identify internal citizen developers can meet more of their company’s application needs and improve overall business performance. Some of the steps that Finely outlines to do this well include: rewarding the non-IT developers, promoting and distributing the applications, and providing feedback and analysis.

I realize it’s a bit of a stretch, but I don’t think it’s unrealistic to surmise that IT departments who provide more applications with less stress are more successful. IT groups who actually interact other departments and foster positive, rewarding and engaging relationships are more likely to forge friendly relationships and propel business faster.  In Oz’s case, once the curtain was pulled back everyone realized he was just a human being like everyone else. Lines of communication were opened and it became clear that Oz was simply misunderstood.

Maybe if IT departments follow the steps outlined by Ian, enterprises can create a new corporate culture in which IT is more interactive, engaging and interested in creating relationships. In other words, there would be no more curtain.

What do you think? Does your organization have a love-hate with IT? Do you think implementing a citizen developer program would be beneficial? 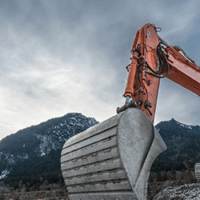 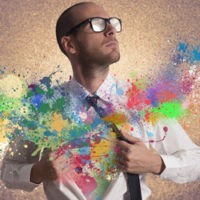 Gen Y Employees: How Managers Can Utilize Their Power