Millennials: The BYOD and BYOA Generation

Two of the biggest factors driving change in the workplace are the increasing popularity of BYOD (bring your own device) and BYOA (bring your own application) policies. Because mobile technology has made it possible for employees to be productive away from their desks and outside of the traditional 9-to-5 hours, they’ve come to expect that their employers will allow them to use the devices and apps that are driving this innovation. Millennials are one of the biggest groups ushering in this change.

The vast majority of Millennials own at least one mobile device, and they’re not only using mobile apps like Evernote, Asana and Google Drive for work, they’re also becoming CitizenDevelopers and creating custom applications.

Millennials on forefront of trends

And because we found that Millennials are the generation of workers most likely to be Citizen Developers, it’s clear that, whether it’s using their personal smartphones or using personal or custom-built apps, employees are going to continue trending toward the use of personal technology at work.

It’s also worth noting that by 2015, millennials are on target to make up the largest segment of the workforce. So workplaces are just going to continue adapting to meet the demands of this mobile generation of workers through BYOD and BYOA policies that will give them the flexibility they want. Implementing policies is also one way that organizations are working together with their employees to foster mobile productivity, while also limiting the use of apps and devices behind IT’s back.

Despite concerns over security, offering BYOD and BYOA policies offers a lot of benefits for businesses. Consumer devices are sophisticated and powerful, which makes employees productive and efficient. Offering these policies also makes companies more competitive for top talent who are seeking employment with a company that offers more flexibility. Lastly, it saves companies time and money in the long run by removing the burden of providing and maintaining devices and software for employees.

With more and more companies combating the challenges of these policies and embracing them for their potential, we want to hear from you. Tweet us at @trackvia or comment below and tell us what you think the biggest risks and benefits are to BYOD and BYOA policies. 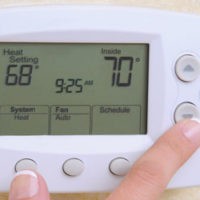 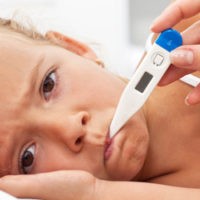 The Power of Going Viral