How Gatorade Made a Comeback: An Unexpected Lesson in Listening to the Data

The multibillion dollar Pepsico brand had begun flat-lining in 2007 and then falling sharply, losing 10% of its market share to Coca-Cola’s Powerade.

That’s when Sarah Robb O’Hagan came in. Upon arriving, she started looking into the numbers of who drinks Gatorade and why and found, as Fast Company explains in their recent “100 Most Creative People in Business” article, that the numbers told a story.

“Though the brand acted like the PepsiCo property is was, blasting mass-market advertising to men ages 18 to 49, Gatorade consumers had defined themselves. High-school athletes made up 15% of customers; marathoners and weekend-warrior types made up another 7%. But those folks loved Gatorade; that 22% combined for 46% of all sales.”

Data in hand, Robb O’Hagan decided to completely revamp the current marketing strategy and purely market to the athlete, establishing itself as a sport-performance company rather than just the convenience store beverage it had become. Rather than focusing on large-scale marketing campaigns, Robb O’Hagan has put all of her energy into providing new resources for athletes to improve their game, such as the new Gatorade Edge system.  Niche programs, like Gatorade Edge, work with athletes to improve their performance and connect with other athletes around the country operate on a more grassroots level, a seemly lunatic approach for a multi-billion dollar Pepsi powerhouse.

As Robb O’Hagan explains, “if even 100 atheletes do it in the first year, if those athletes are changing the culture of the sport, that’s the beginning of, 10 years from now, a huge influence.”

In spite of their counterintuitive small-scale nature, her crazy ideas seem to be working.

From Gatorade Edge to sponsored summer camps and the high-tech Gatorade Sports Science Institute, Robb O’Hagan has successfully reigned in the marketing of Gatorade to focus on initiatives that will help it become “the world leader in innovative sports nutrition.” Becoming that authority meant trimming the fat in Gatorade’s previously too-broad marketing strategy, and honing back in on becoming an invaluable resource for its core consumer- the athlete. Now, increasing their consumer-base means redefining what it means to be an athlete: including dance and gymnastics, making skateboarders and snowboarders and wrestlers feel appreciated and understood.

In 2011, Gatorade successfully reported $1.3 billion in sales, up 4.1% from the year before, and maintained its power stance over Powerade’s far more modest $464 million.

When Robb O’Hagan came into Gatorade, she ignored everything besides the consumer data. By honing in on their most passionate consumers, she was able to rebrand their company around that demographic and its needs. From there, they were able to discover what their most powerful and authoritative position is – in this case, as a leader in sports nutrition. This isn’t about hydrating 99% of the population, it’s about being the drink on the sidelines at the Superbowl.

Like anything else, it’s better to do less but be the best. Specialists make more money than generalists. Figure out what your brand does well, and be the best at it.

How to make it happen

In The Beginner’s Guide to CRM, we discussed how essential it is for a business to find methodologies and software to effectively manage relationships with their customers in an organized and efficient manner.

The primary goal here is to find a way to effectively keep track of customer and product specifics that will allow you to hone in on your target demographic and refine your marketing tactics and sales efforts.

Without the data, Robb O’Hagan wouldn’t have been able to recognize that they were on the wrong track. That data takes years and trial and error to accumulate in a meaningful manner – have you started collecting yours? 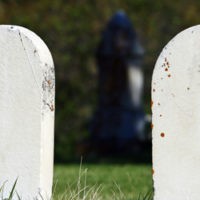 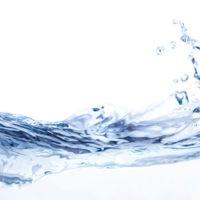