Ever since the TrackVia engineering team began development on maps, I’ve wanted to craft a powerful experience for handling data on the go. When TrackVia decided to host a team-building event, aptly titled the “Amazing Race”, I instantly thought of using TrackVia mobile maps to track progress between checkpoints. Our goal was simple; get to a pre-defined location quickly (breweries in our case), take a picture of the team and move on to the next location. Beer was optional…

Given the limited prep time our team had, I was able to create a custom Web app from my browser in under five minutes. Once the geolocation-enabled form was saved, I grabbed my smart phone, launched the TrackVia mobile app, and sped downstairs. To recap, I created an online data entry application that was mobile ready, map enabled and content specific — all within five minutes.

When my team reached our first checkpoint, I effortlessly typed in the brewery name, snapped a team picture and saved the form. Easy, fast, done, next. The best part about the initial experience was the ability to verify the saved location from the map view itself. With one tap from the data grid, we saw the brewery we had visited!

Two hours later, with many more breweries under our belts, my team concluded the race. Each checkpoint was a reminder of just how easily we captured progress using TrackVia mobile maps. Even if we were in a time crunch, I was able to take a picture, open the mobile app to save the form, and upload the picture while we ran to the next location. The entire experience also gave the TrackVia mobile team better insights into how to improve forms performance — a win-win for everyone.

In conclusion, the Amazing Race showed us just how flexible the TrackVia mobile maps feature can be. The setup process was simple. The saved geolocation was spot on. And we provided tangible evidence that we made it to every brewery… smiles and all.

Has your business created an interesting app using TrackVia mobile maps? Leave a comment for me below, or tweet us @trackvia. 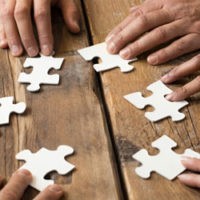 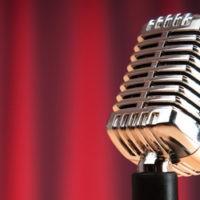