Pool management in the cloud

AMC Pool Management was growing fast. With a hot summer ahead of them, they were getting ready to take on the challenge of managing multiple swimming pool properties across town. To manage pool access and log visits, they had a simple system in place. It involved simple key access with a sign-in sheet.

At one of the AMC Pool Management properties, a group of young visitors claiming to be part of the resident group showed up, got rowdy and disrupted a kids’ birthday party event at the pool. It turned out that the disruptors were not residents of the property.

Jim, Operations Director for AMC Pool Management, heard about this incident and sighed. He imagined how dismayed the kids must have felt when their poolside party was disrupted by the unwelcome intruders. Jim had kids of his own and the thought of such unpleasantness left him frustrated.

Why did this have to happen? What was missing here? Did AMC lack the resources to prevent such incidents from occurring? Would it be impossible for their business to build a trusted brand for their customers, with such incidents occurring more frequently?

And there were other questions eating Jim. He was having a hard time forecasting and predicting the needs of volunteers and lifeguards for the properties based on peak pool use. And with summer moving season in full swing, there were families constantly moving in and out of the properties. It was simply overwhelming.

Jim knew he needed a system of some sort to keep track of all pool management activities and to help him accurately forecast his volunteer needs. Being a hands-on kind of person, he decided to investigate further.

He talked with his colleagues in the pool management industry who had been part of IT systems implementations in the past. He got a lot of conflicting advice. Some people “had a guy” who had programmed a system for them. Others had bought some off-the-shelf software. In almost all cases, it was becoming clear to Jim that this was going to be a very expensive proposition. And he heard complaints from his colleagues about the “systems kind of working but being very hard to change” as their pool management needs grew.

Jim didn’t like this picture. He was stuck without any great options. The complaints from his customers had started pouring in. One golf course had heard about problems AMC was having and they had threatened to pull out of their pool management deal with them. It wasn’t a high point in Jim’s long career. His CEO tasked him with fixing the issue and it seemed like he had arrived at a dead end.

That Friday evening, Jim hosted his employees for a company get together. Among the employees was a new recruit, Kate. Kate had just moved into the area and had prior experience working with another pool management company. Over drinks, Jim welcomed Kate to the company and got to talking about the challenges AMC was facing. Kate’s face lit up. Her previous employer had faced very similar challenges and lost a lot of business as a result. But they had found something that helped them overcome the challenge in a cost-effective way.

Kate started tossing out words that made Jim’s head spin. On hearing terms like “cloud”, “mobile apps” and “online database”, he felt a rush of excitement combined with trepidation.

Jim decided to take Kate up on her offer of showing him what she had experience with. The next day, they met in the office and Kate started showing Jim how her previous employer had used an online system called TrackVia to rapidly build custom business applications that helped them run their pool management company more efficiently.

“Look,” Kate said, as she quickly put together a check-in system in a few minutes using TrackVia. “We can add members’ photos so that we can easily pull up their picture when they check in to ensure it’s really them.”

“Wow,” thought Jim. If only they had this system in place a couple of weeks ago, they could have prevented the disruption from occurring.

“But wait a minute, I don’t have the budget to provision expensive laptops or computer equipment at each of my pool properties,” thought Jim. Before he could ask that question of Kate, he noticed Kate had whipped out her iPad Mini and was downloading the TrackVia iPad app.

“As you can see, once we have built the app in the cloud, it’s instantly available to use on your iPad. All you have to do is to hand this iPad to your staff at the properties, and they will be able to look up members and confirm their identity as they check-in,” said Kate.

Jim was ecstatic. He couldn’t believe that he literally had built something that he could roll out to his staff the very next day, and with minimal training.

He begged Kate to stay late and fill in the database with all the member information. He mentioned this data was in a spreadsheet. Kate smiled as she copied the spreadsheet and dropped it into the TrackVia platform and instantly imported all data.

“Oh and did I mention, that with this system, you will quickly be able to get real-time information and see your peak days and hours, so you can forecast your staffing adequately?” she chimed, as she quickly whipped together a bar graph showing peak hours and day of the week.

Jim thought about his upcoming meeting with the CEO the following Monday and gently smiled. He started typing notes for his meeting on his iPad. 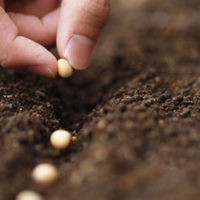 Encourage Citizen Developers in your Company 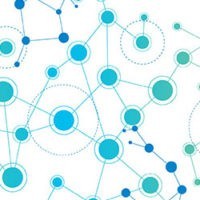 The Future of Business Software: It’s a Connected World