Custom Applications Driving the Consumerization of IT

Custom applications are contributing to the increasing consumerization of information technology. Developments in mobile devices and user-driven insights are changing the operative paradigm of enterprise software. Forbes contributor Darian Shirazi noted that the standard enterprise software tradition has been well known for its inherent drawbacks.

“Most enterprise software followed this trend: functionally sufficient, but poorly designed and often times difficult to use,” he wrote.

Lackluster software often meant that employees would have to work at less than optimal capacity, as negotiating convoluted controls and having to correct their intuitive motions restricted their use. The last few years have seen a rise in employee demand for better designed enterprise software, reported Shirazi, but in his estimation the consumerization of IT is still in its inchoate stage. Citizen developers and independent designers for startups have instigated the barrage of premium enterprise software, and established businesses have taken note. More organizations will utilize custom applications if they want to keep up with the pack.

CITEworld’s Ron Miller went even further. He wrote that the term ‘user’ is outdated, and ‘business consumer‘ would be a more appropriate description for people engaged with IT consumerization. People are consumers when they’re not working, so enforcing a distinction could disconnect them from their work. Startups and other businesses are seeing the benefits of letting employees really think like the consumers they are. Smart companies should be utilizing the approaches – custom applications, database software, analytics – that citizen developers are using to make improvements.

“The days of command and control and racking and stacking are fading fast,” Miller said. 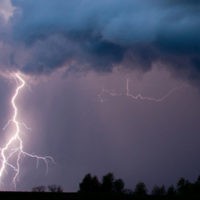 Do You Think Cloud Computing Can Be Affected by the Weather? 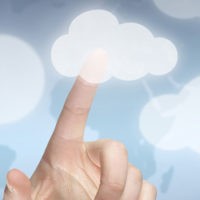 Private Cloud Catching Up to Public