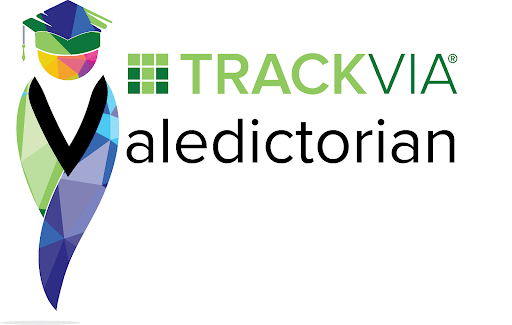 Meet Jake Frederick! Jake is TrackVia’s very first TrackVia University Valedictorian! We couldn’t be happier to have Jake as a part of Team TrackVia. Having used TrackVia for over six years – he’s passionate about using TrackVia to make significant improvements in his business and share his story with others.

A TrackVia University Valedictorian must prove that they have made the effort to not only pass all the course levels at TVU, but also have made improvements within their business and give back to the greater TrackVia community. Jake has proved that he’s got what it takes! We’re excited to introduce you to Jake and why we chose him as our first Valedictorian.

TV: Tell us about the impact you’ve had on your organization by applying the skills you’ve acquired through TrackVia University?

TV: How have you contributed to the broader TrackVia administrator community?

Jake: I was a primary presenter in a webinar focused on integrating TrackVia with ERP systems. (Catch a replay of Jake’s webinar HERE.)
I have participated in new feature/in-dev previews. I have also visited TrackVia HQ and met with Dev and Product teams to preview and give feedback on new features and enhancements.

​​TV: Tell us a little about your experience with TrackVia University.

JAKE: TVU did not exist at the start of our TrackVia journey, so I came into the courses having already developed apps and learning from implementation engineers. The implementation engineers have been great and educational at every interaction (I’ll brag on them every chance I get…), but that type of learning tends to be mission-oriented. What was nice about going through TVU later is that it was filled with fundamentals that I was missing, and it connected dots I had been missing in apps that had already been developed.

TV: What would you like other customers to know?

JAKE: I know it sounds like the canned answer for the situation, but I think it’s absolutely worth investing time into TVU, whether self-paced or instructor-led. Most of our team has completed at least level-1. For the app admins, we all are developing from the same fundamentals, and it is easier to collaborate on an app. It has helped our support team resolve issues quicker, with fewer calls to admins. When the support team does need to call admins, they are able to lead admins to the issue more efficiently. Every organization is different… preferences, processes, teams… but working from the same fundamentals is valuable.

TV: Why did you invest in completing the TrackVia University curriculum?

Jake: I’ll be honest… a decent part of the reason was to show those implementation engineers that I really do know what I’m doing when asking questions. Joking aside, even though I had successfully developed apps, I wanted to make sure I filled in knowledge gaps or see what I was missing to make our apps better. There is also the sense of satisfaction that comes from having your knowledge validated with a certification.

TV: What course did you find the most valuable?

Jake: For me, it was probably level-2. I’m kind of a nuts-and-bolts kinda guy, so learning the “How do I do this” was the most engaging for me.
We love that Jake decided to learn more about TrackVia even after he was already making successful apps. In the long term, taking TrackVia University was the best decision for Jake and his team, leading to better, more effective business applications and better team collaboration.

As the Valedictorian, Jake received a plaque to recognize his achievement, a gift card, and access to the TrackVia Development Suite for his organization.

Congratulations Jake on being our first TVU Valedictorian! 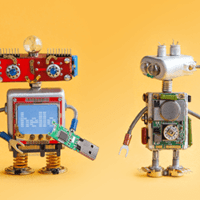 When Is the Right Time for RPA? 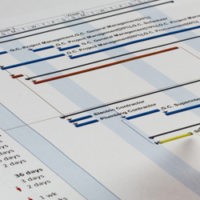 Project Management Certification: Is it worth it?