If you’ve worked with application data before, you probably already know: a system is only as good as its data sources. So how do you improve your data sources? Well, the best way to avoid issues integrating is to do the groundwork upfront and decide what success looks like. To start with, let’s say you’ve got a TrackVia app, and you’d like to connect it to outside systems. There are a few big questions to consider as you get started.

Where will our data go?
Ask yourself about the structure of the data you’re bringing in. Do you intend to simply bring records in from the outside system, creating simple copies in TrackVia? Or will you need to update existing records to match changes made elsewhere? Ask yourself if the tables and fields you’re using already match what you’ll be bringing in, or if that data needs to be normalized.

I like to think about the TrackVia side of any integration like an airport. I try to gain a clear sense of where the data is coming from, and where it needs to “land” to be successful. Pay close attention to the assumptions your systems were designed under. For instance, if a particular field is used to filter records for a specific purpose, was the imported data collected in the same manner and for that same purpose? That might be necessary to retain the function of the data in TrackVia. When users in two systems interact with the same piece of data, they may view it differently as a result of their roles, and a successful integration should maintain awareness of that.

Do I need one-way or two-way integration?
Here’s where things often get messy. Should the integration push changes made in TrackVia back to the original source? If so, think about the fields the other system is expecting and how they might differ in a TrackVia record. Pay close attention to things like drop-down fields that might be phrased differently than they are in the other system, or the time zone/formatting of dates. Which fields are set up to be required in each system? Are they the same fields? Does each record have a unique field or combination of fields to use for matching? Make sure you have a clear understanding of these types of elements upfront, and you’ll have a much easier time designing the integration.

Which system owns the data?
This is a surprisingly important question that determines how aggressively you can make changes to the data. If the TrackVia side of the relationship isn’t going to own the data, be sure that you’re following the rules and expectations of the system which does own the data. When there’s confusion over which system has primacy in an integration relationship, updates to both systems are more likely to fight over edits to the information. Obviously, two systems reverting each other’s changes in a loop constitutes a poor outcome for your integration project.

Does the integrating system have an API?
Once you have the previous questions answered, it’s time to look at the more technical side of the integration. Does the integrating system have an API, or will it need to call TrackVia’s open API? Generally, any system with an API can integrate with TrackVia, but what can complicate this, is that not every system can trigger an integration. If a system has an API, but no means to call TrackVia’s API, then you will need TrackVia to call that system’s API on a schedule, “hunting” for new records to import. If that system can call TrackVia’s API, then develop a scheme within that system to import data at the appropriate time. Both are reasonable options, just be sure that you understand which one you’re doing.

TrackVia Integrations by Workato:
Lastly, it’s time to consider an integration tool. Workato is a third-party integration platform that TrackVia has partnered with to bring integrations into the no-code world. Workato allows you to drag and drop connections to different applications into a sequence, separated by branching logic that you design. Workato integrations generally require no coding experience and are just a matter of designing the correct conditions for a process to run. Workato is great at connecting multiple systems which all have open APIs. Instead of writing API JSON payloads, you just drag and drop the steps you’d like followed. Workato also provides a fair amount of visibility into previous runs, which makes troubleshooting quite a bit easier as you design your integration.

From this starting point, your integration is more likely to succeed. Every integration is unique, and every application has its own needs, but these questions can steer you in the right direction and should give you a sense of your best approach. Additionally, check out our Developer Docs. Happy integrating! 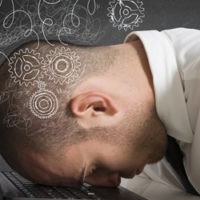 TrackVia Dashboards Get a Facelift