#TrackSochi: Medals and Records at the Olympics

Well all good things come to an end, right? The 2014 Winter Olympics have come and gone, and it’s time for us to wind down our coverage as well.

Before we get all teary-eyed with goodbyes and hugs, let’s focus on some Olympic bright spots.

First, TrackVia is located in the heart of downtown Denver, CO. So, naturally we’ve got to give some love to our fellow Coloradans who shined in Sochi. There were 18 Coloradans in total, and while we’re proud of all of you, we have some special shoutouts. First is to Mikaela Shiffrin who, at just 18 years old, is now the youngest woman ever to win gold in the slalom. Oh, and she did that twice. BOOM.

Congrats also to Gus Kenworthy who won silver in men’s slopestyle skiing, and Alex Deibold who won bronze in snowcross.

I’m looking forward to seeing all of you at Loveland this season. My treat. Please come.

Other records set at the Olympics

Now, let’s move on to some broader Olympic records.

Earlier in this series we talked about the Mulder brothers and the Dutch speed skating team as they swept the Olympic podium by winning all three medals. Well, turns out the Sochi Olympics were home to a record eight podium sweeps. The previous record of five was set in 1964 at the Innsbruck Olympics.

I’m also a big fan of Ole Einar Bjørndalen who became the oldest winter olympian to win individual gold. He actually did that twice this year while competing in the biathlon. And he just happens to be the most decorated winter olympian in history with 13 total medals.

And because we live in Colorado we need to acknowledge at least one skiing record. Mario Matt became the oldest alpine skiing medalist by winning the men’s slalom at age 34.

Oh and one last thing. I’ve got to brag about TrackVia’s reports quickly. I couldn’t find a good chart that had the Olympic medal count from Sochi. So I made one, and of course used TrackVia. And I timed myself. It took eight minutes from start to finish. How long did your last report take you?

Enough sales pitch. I’ve really enjoyed taking some time to explore the Winter Olympics with you. I hope this has been fun for you as well. And please, tweet us the next time you do some “unconventional analysis!” 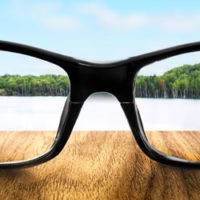 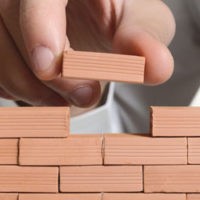